The Making of LAKELAND - A Year in Focus 2021 Calendar

While I've had a little time on my hands over the last few weeks, I've put together my Lake District Calendar for 2021. This will be the third year in which I've released my calendar which showcases the best of the Lake District. As per previous years, it contains some of my favourite images I've taken over the course of the year and throughout the seasons. I must admit that its been a little difficult to select the images this year, with a number of factors coming into play. The last few months of 2019 and first few months of 2020 where very challenging conditions indeed. The end of 2019 bought quite mild conditions and those gorgeous crisp winter days with beautiful frost were few and far between. We also had very little snow apart from a brief showing and by brief I mean half a day. The dissapointing Winter continued into January and February as the UK was battered by storm upon storm, bringing heavy rain and gale force winds and this isn't ideal conditions for Landscape Photography. Once the weather started to improve into March, we were then brought to a complete stand still due to the CoronaVirus pandemetic and lockdown. So from the end of March through to the end of May, I didn't pick up my camera. The combination of all these factors really gave me a headache, as I had a lot of gaps to fill, essentially I didn't really have much in the way of Winter through to Spring. I like my calendars to follow the seasons and the year, I don't want a calendar which has no flow and doesn't follow the natural progression of a year. I want to show the different colour palettes that the differing seasons have to offer, this is how nature works and changes and I want my calendar to mirror this. That is the ideal, but this year more than ever it was a major challenge. Having said all that, since lockdown has been eased I've had a productive time and been lucky that I've captured some images and bolster my portfolio, along with dipping in to the archives, I've managed to produce a calendar I'm really pleased with. I hope you like my choices this year.

An image I actually took in mid March, however this is very much the type of image I would expect to see in Janauary, the colours, the crispness of the scene and a beautiful splash of snow on the fells. Its a superb view in to the Borrowdale Valley looking to the high fells and in particular the shapely summits of Great End (left) and Great Gable (right). I really like the splashes of light in this image and it offers fantastic light and shade to this gorgeous scence. The combination of all these elements made it perfect for my January image and to get the ball rolling. 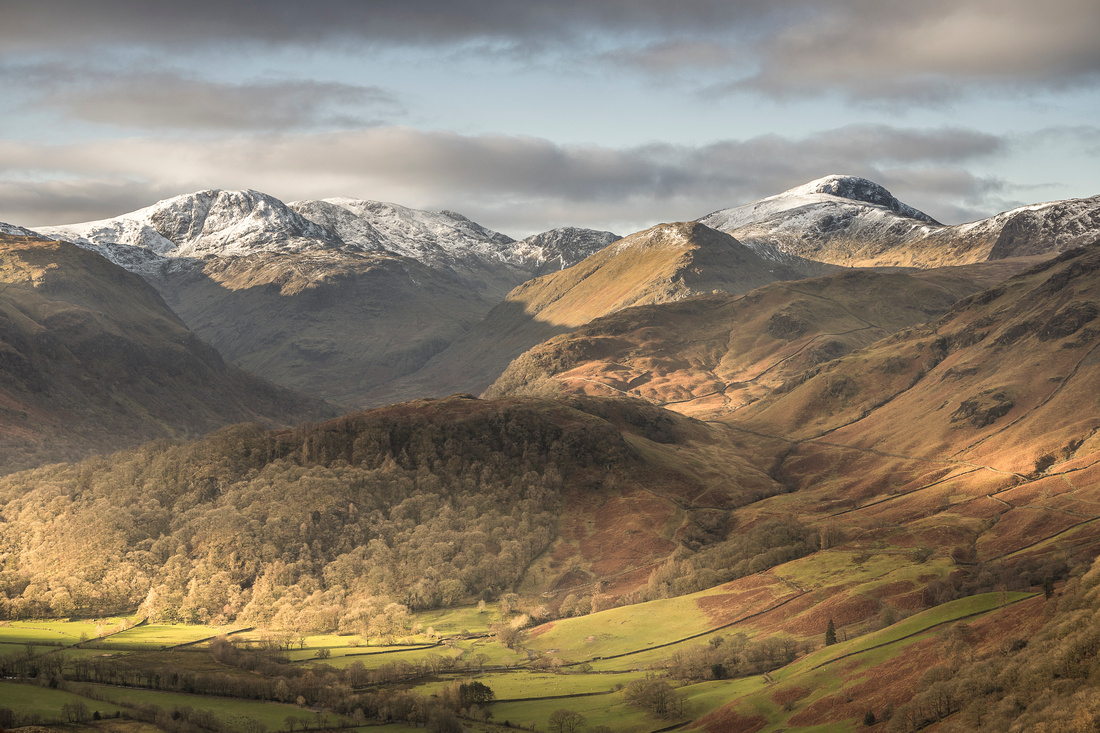 Borrowdale WinterLooking in to Borrowdale from Kings How, with the morning light washing across the valley floor and high fells of Great End and Great Gable.

The month of February can only be described as wet and windy this year. It was an absolutely abysmal month for weather and we had to endure storm after storm. The image I have selected perfectly visualises the month. I was in Buttermere and it was during storm Dennis, the winds where topping 60mph, the rain was torrential and this shot was taken in a hail storm. The beck was full to busting with water and it offered a dramatic forground as it raged down the fells side, we then had the rain and hail sweeping through the valley and the nose of Fleetwith Pike. Images really don't come more moody and dramatic as this and as result it had to February's choice. 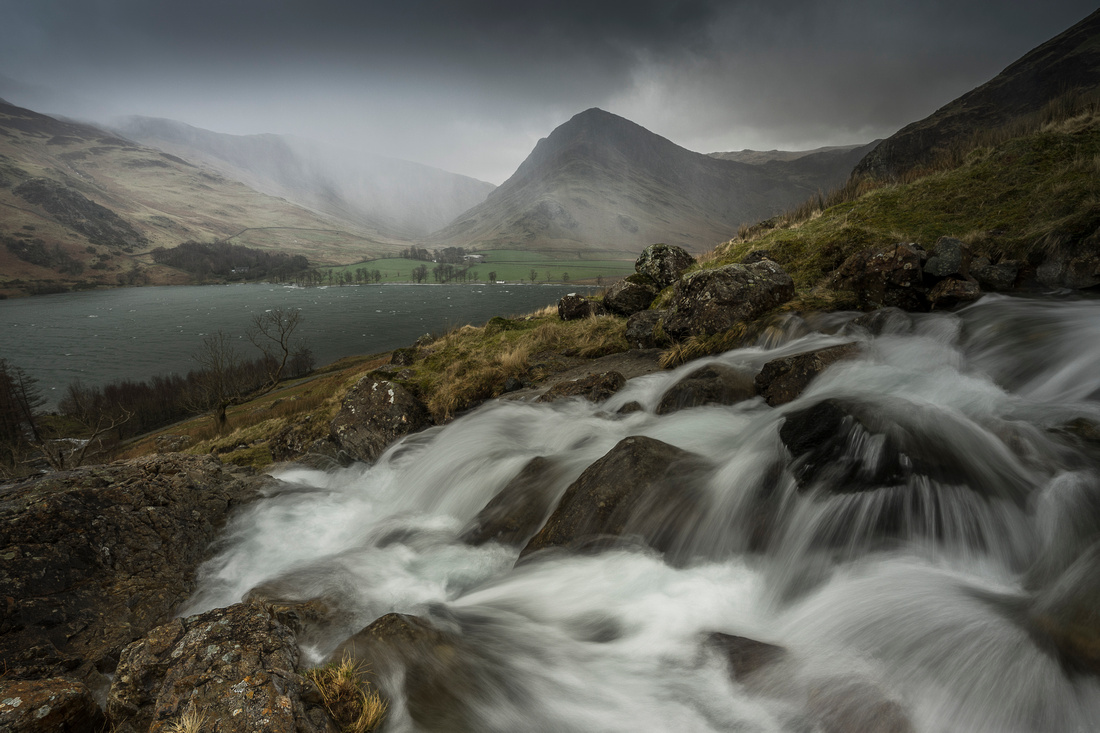 After the mood of February, I felt we needed to inject some gorgeous winter colour but still have that moody edge, which March still had. Sadly I didn't really have anything suitable from this year, however last March I had a fantastic trip to Kelly Hall Tarn where I witnessed a superb sunset with some awesome striking colours in the Sky. The image still have that winter feel to it with a dash of snow on Coniston Old Man but the addition of the vibrant sunset really contrasts beautifully with the rest of the scene and I love the sense of cold meets the warm, showing signs of the changing of the seasons. This was the perfect choice for March and a stunning cover shot for the calendar which really grabs the attention. 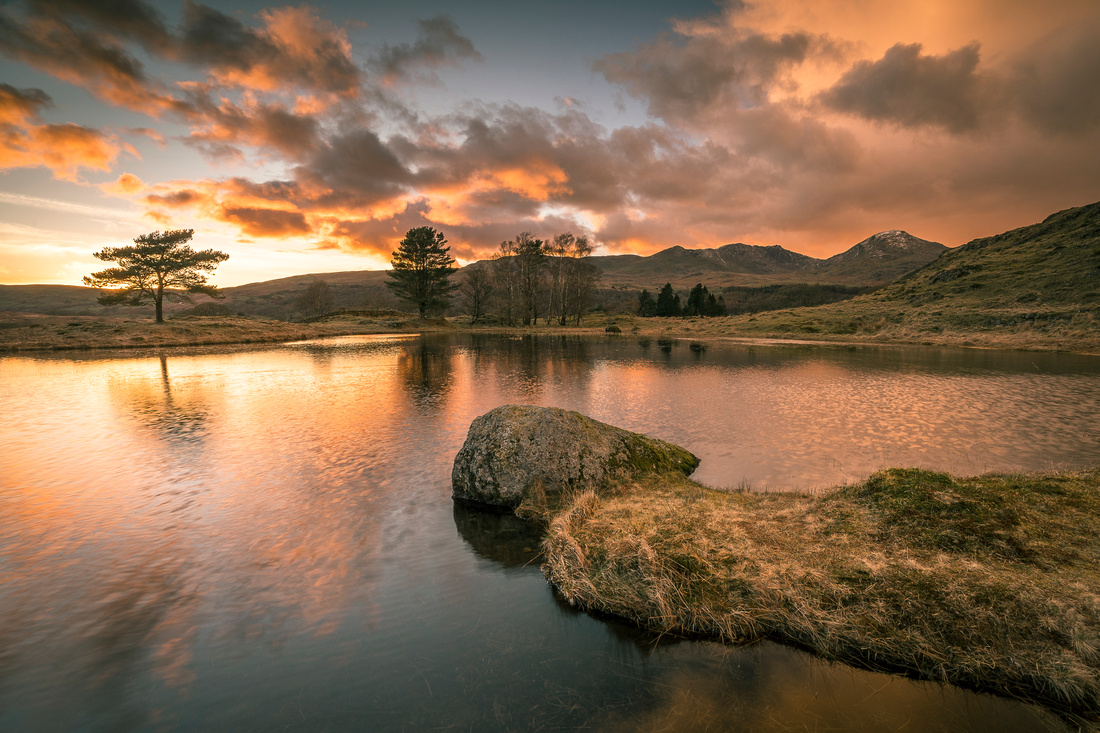 Spring was always going to be tricky this year and I didn't really have an archive I wanted to use. So I borrowed the April image from May, but I don't think April will mind. This was from my first trip out after lockdown and to the stunning Wastwater. I wanted April to have that warm, clean feel to it, were the colours were still warm and vibrant, but the summer greens hadn't taken hold. I think this image is perfect for spring and really represents better times to come and that really struck a cord with me. Its also one of the most amazing views you could ever see and it just had to go in the calendar. 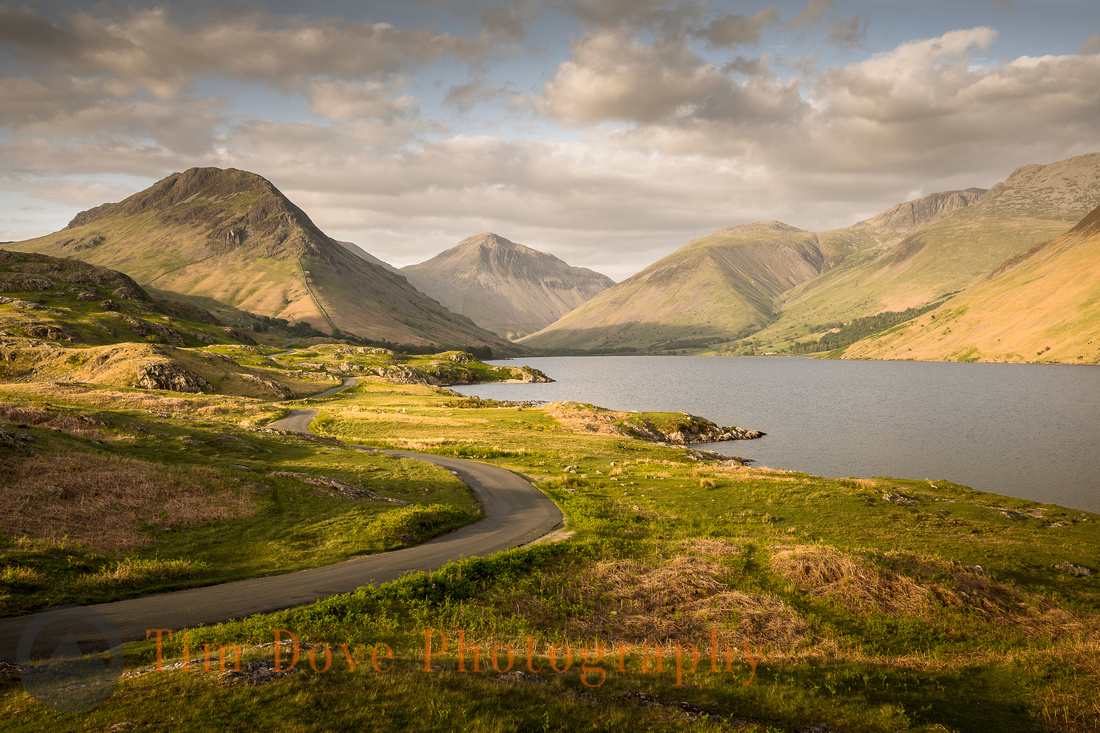 Wastwater Spring ViewSpring in the Wasdale Valley and the awesome Wastwater.

Once again I had to do a little bit of borrowing from June for this image, but again it was necessary. I really wanted to use an image which was peaceful and calming for May. We usually get good spells of settled weather in May and thought this image taken at Ullswater was perfect for the brief. I also wanted to throw in a reflection shot, as I don't tend to do as many these days, however I do like them and think they are lovely and calming to look at. I also like the pastel colours in this image, which offers a little variation to the images I've had so far. 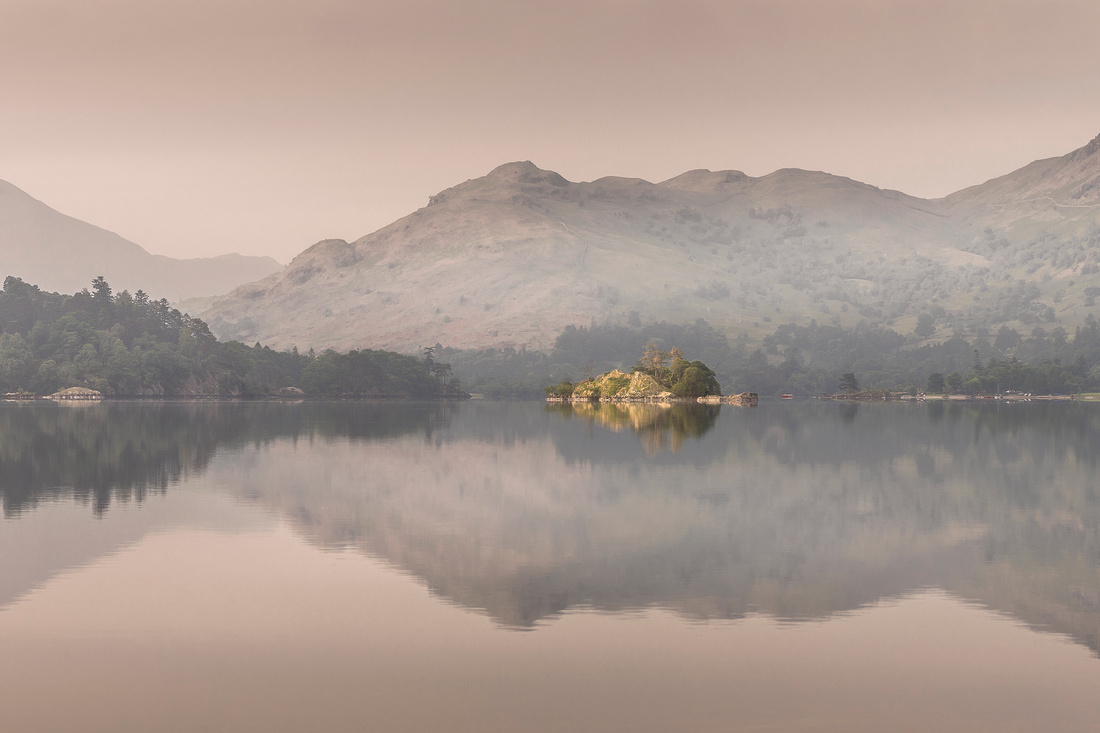 June really was a month for mist, fog and cloud inversions in the Lake District and we were really treated to some spectacular conditions. So it was a no brainer to select a misty image. As I've mentioned before, as well as showing some of the more classic and well known Lake District scenes, I also like to showcase some of the lesser know scenes. June's image is exactly that. It was taken at Brotherswater looking over to Harstop and the Eastern fells beyond. This tree has been described by a well renowned landscape photographer as one of the nicest trees in the Ullswater area. Well I have to agree and as a result it had to go in the Calendar. 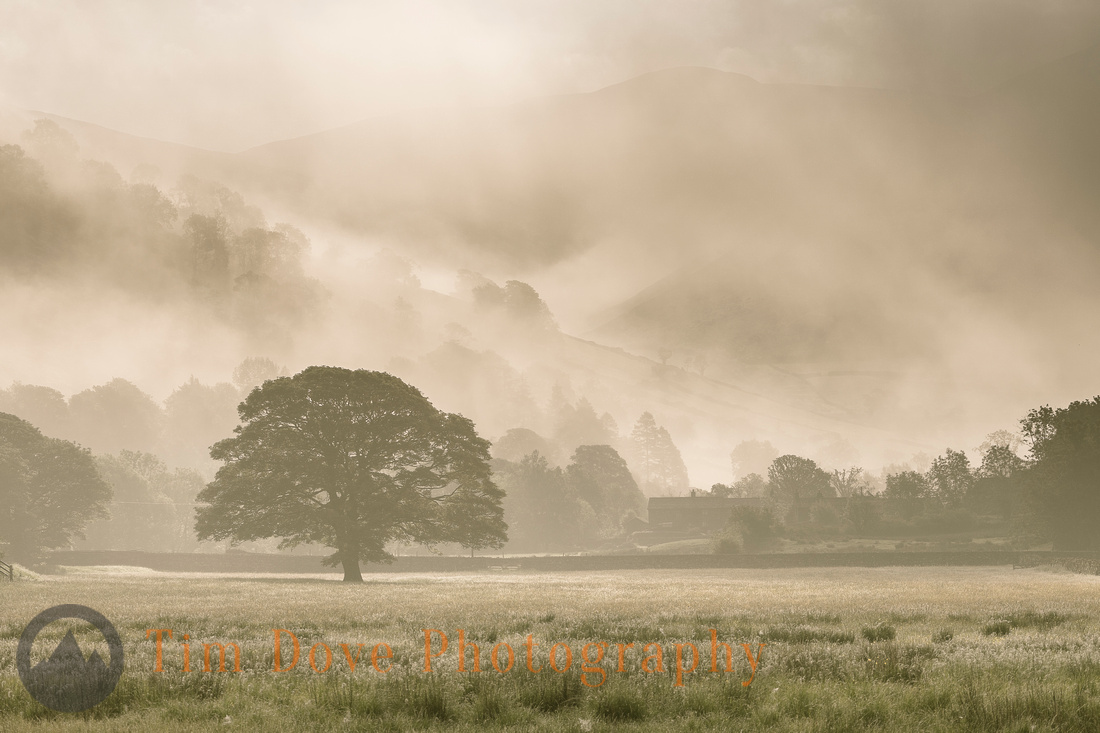 Hartsop MistsOnce described as one of the most beautiful trees in the Ullswater area. This tree sits in the Hartsop Valley and on the edge of the gorgeous Brotherswater.

I've spoken before about the 'deep greens' that summer offers and for me this image perfectly sums up the summer months. This was taken on Holme Fell, which is one of my favourite locations to visit with my camera. The view over Tilberthwaite towards the Langdale Pikes is gorgeous and I never tire of looking at it. As usually happens in June the weather starts to turn a little and we don't get the settle weather of previous months, so again this image, for me, is so representive of the month of July. It also overs yet another colour palette in the calendar and a reflection of the seasons. 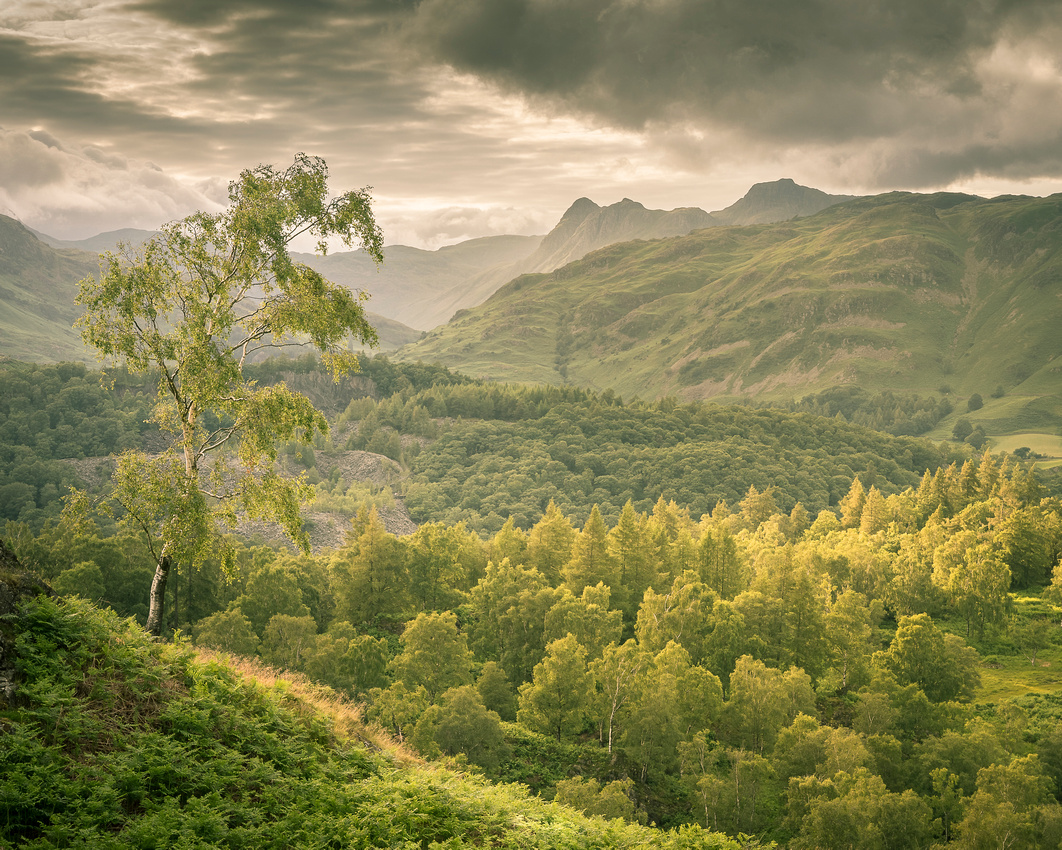 A last minute change of image for August. I'd originally selected a woodland scene, however it was very green and I didn't really want another image which had similar colours two months in a row. I really like this image first and foremost. I also wanted to put in a sunrise image which had some lovely soft pastel colours to it. The addition of the mist really make this a favourite and certainly has the feel of August to me and the changing of the seasons. 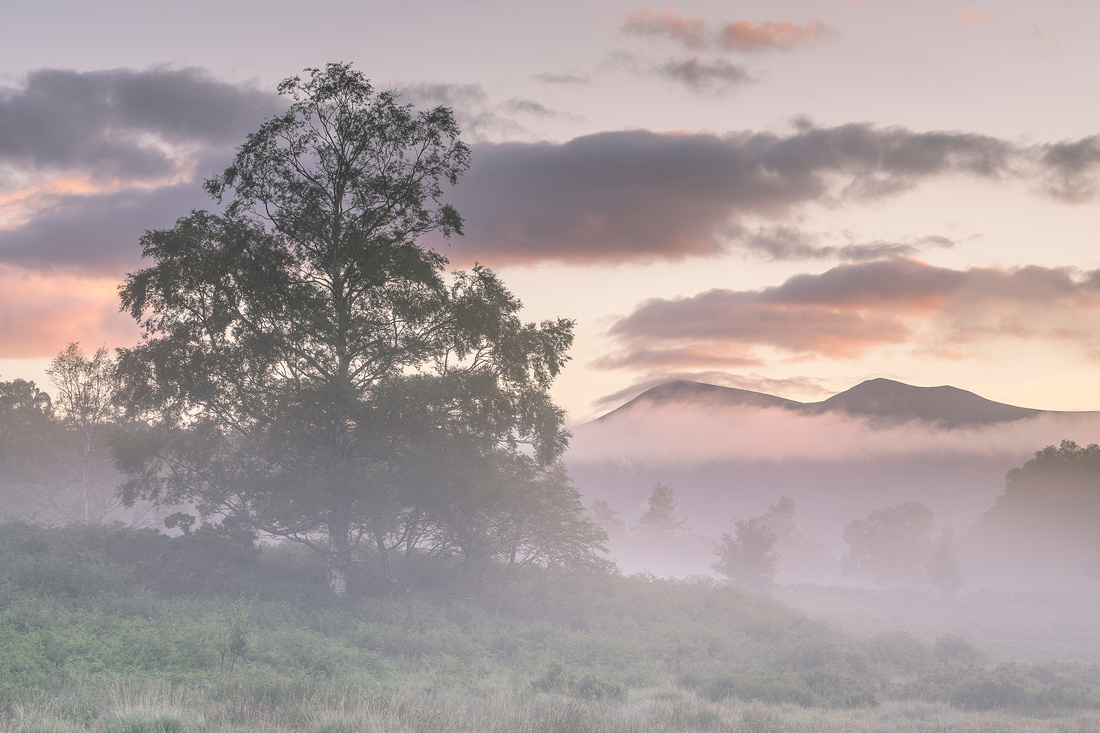 This is a real favourite of mind and was taken last September on a beautiful morning on the River Brathay. When I think of September this is exactly the sort of image that comes into my head. Sadly this image didn't make the cut last year which I was really disappointed with as it still remains one of my favourite images I've taken. So I'm delighted it takes its rightful place as September in the calendar.

Autumn is a beautiful month with some of the most amazing colours you will see. For me, there was only one choice for my Autumn image and this was from a gorgeous morning on Whitemoss Common looking over Rydal Water in the central Lake District. The morning light really set off the beautiful golden orange, yellows, browns in the landscape as it rose of the fell to my right. It was an absolutely stunning morning and the colours were spectacular. This for me is Autumn. 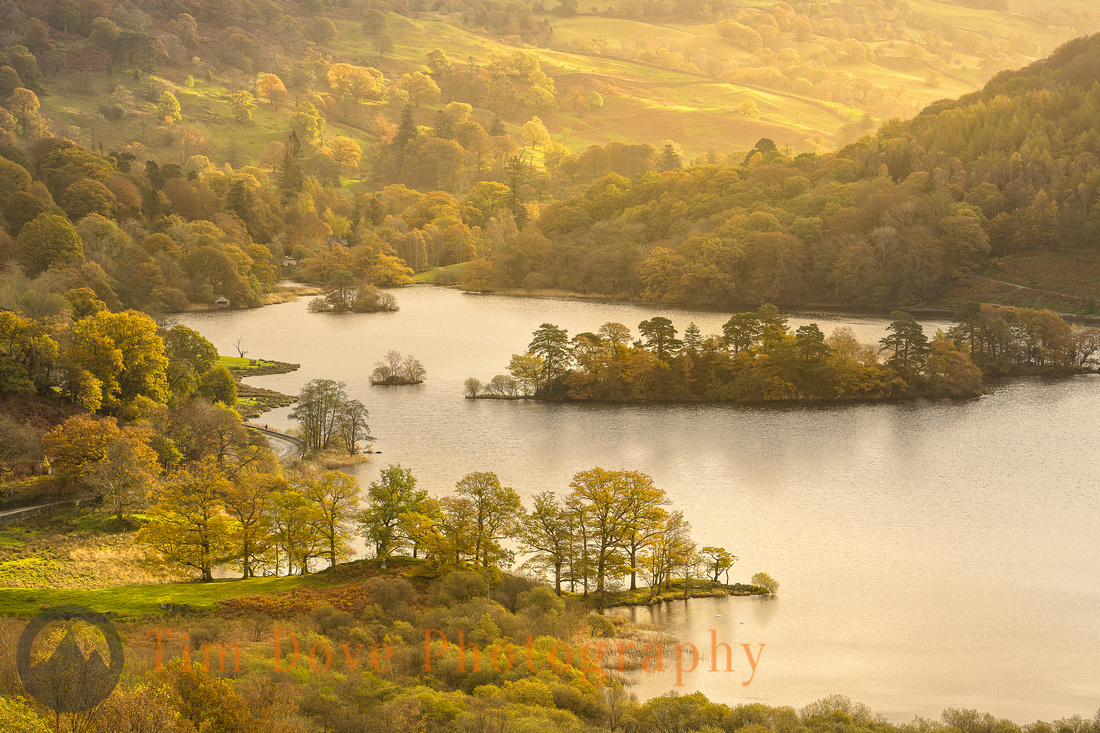 After the golden tones of Autumn, I really wanted a scene which represented the transition into Winter. As I mentioned earlier, the cool crisp winter days were few and far between last year and I had to have a good look around to find the image I wanted. This image of Blencathra from Tewet Tarn really sums up the transition to winter and those gorgeous clean crisp sunny winter days. The contrast from the frosty grasses through to the morning sun warming the impressive lump of Blencathra really stuck out for me and really represents how I invisage the month of November. Tewet Tarn is also a favourite of mine and I like the cool and warm tones in the image and again it offers variety to the other months. 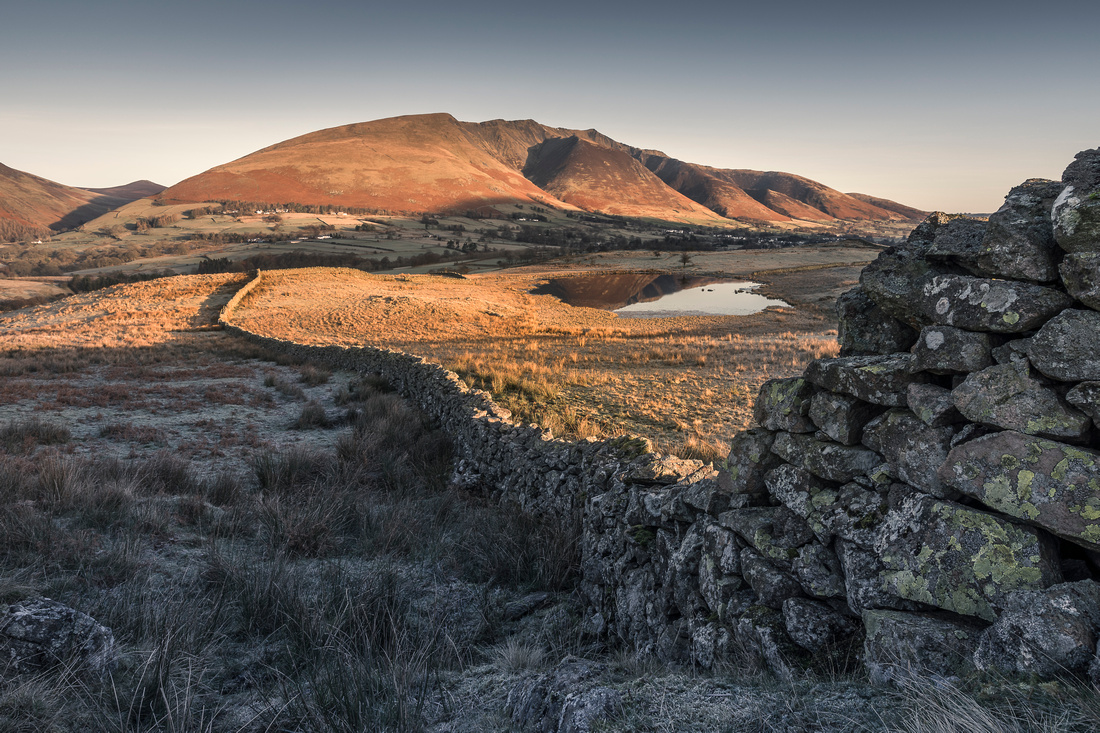 So my final month and it had to be from the only major snow fall we had in the Lake Distict and a fantastic morning on Loughrigg Fell. The image had to go in to the calendar as its what winter should be. It was one of the most challenging shoots from start to finish, with a hairy drive over, a difficult climb to my view point, snow showers and freezing temperatures but all worth it for that view and when the light broke. This is the perfect way to complete the transition through the season. The rightful finale. 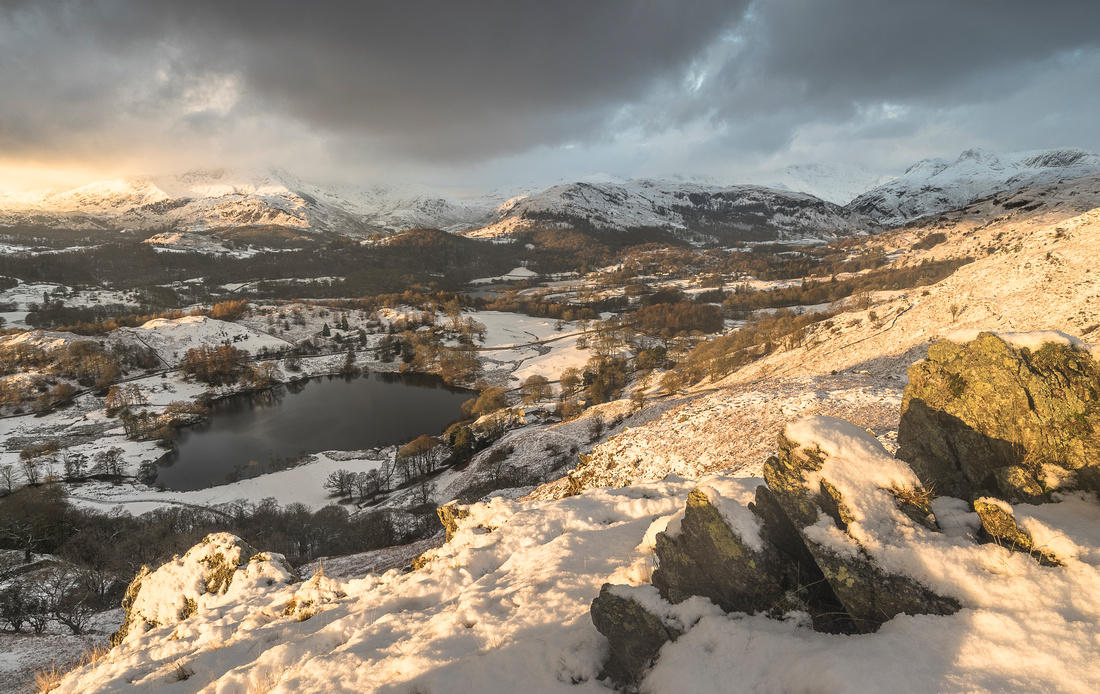 I hope you enjoy my choices and my thought process and insight into putting the calendar together. I do enjoy the process of making the calendar and to think of it hanging on people's walls at home or work is very satisfying and makes all the hard work in getting the images through to making the calendar well worth it. You can pre order your calendar here. Thanks for all the support and by purchasing the calendar it really does help me to continue to do what I do.